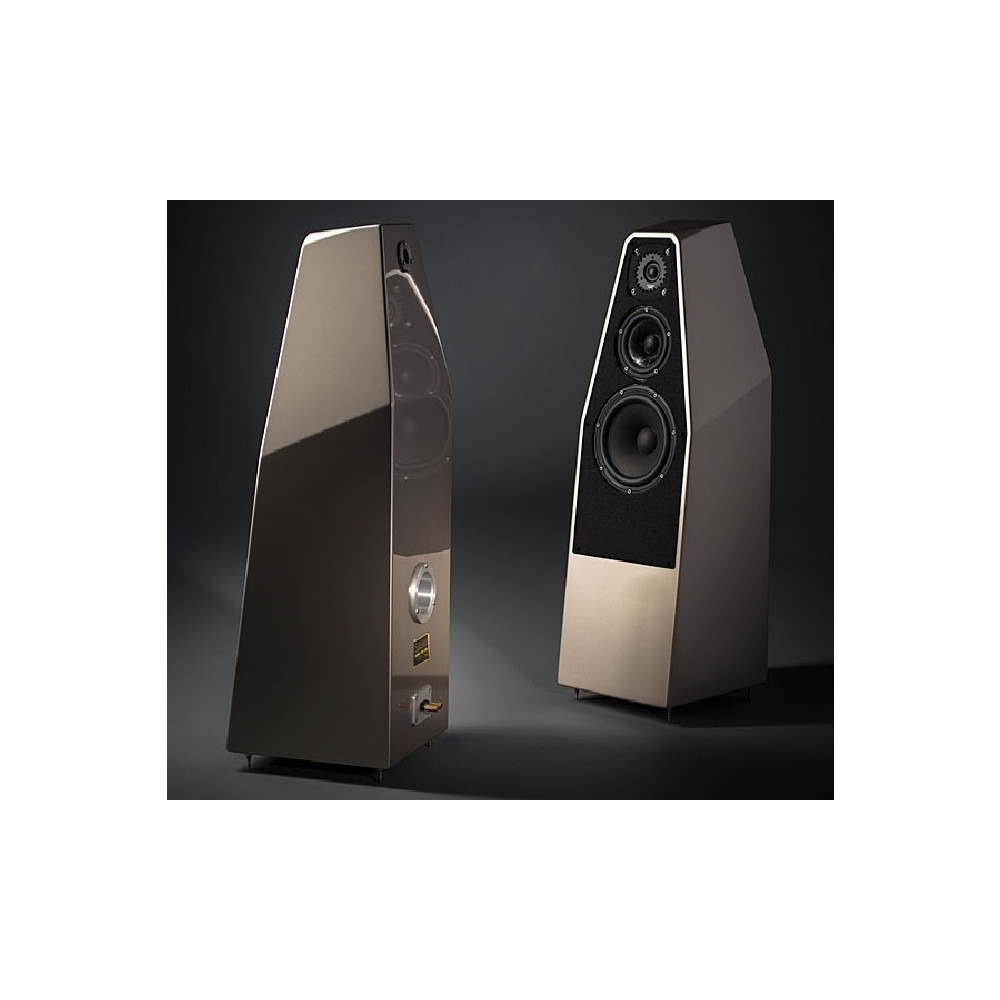 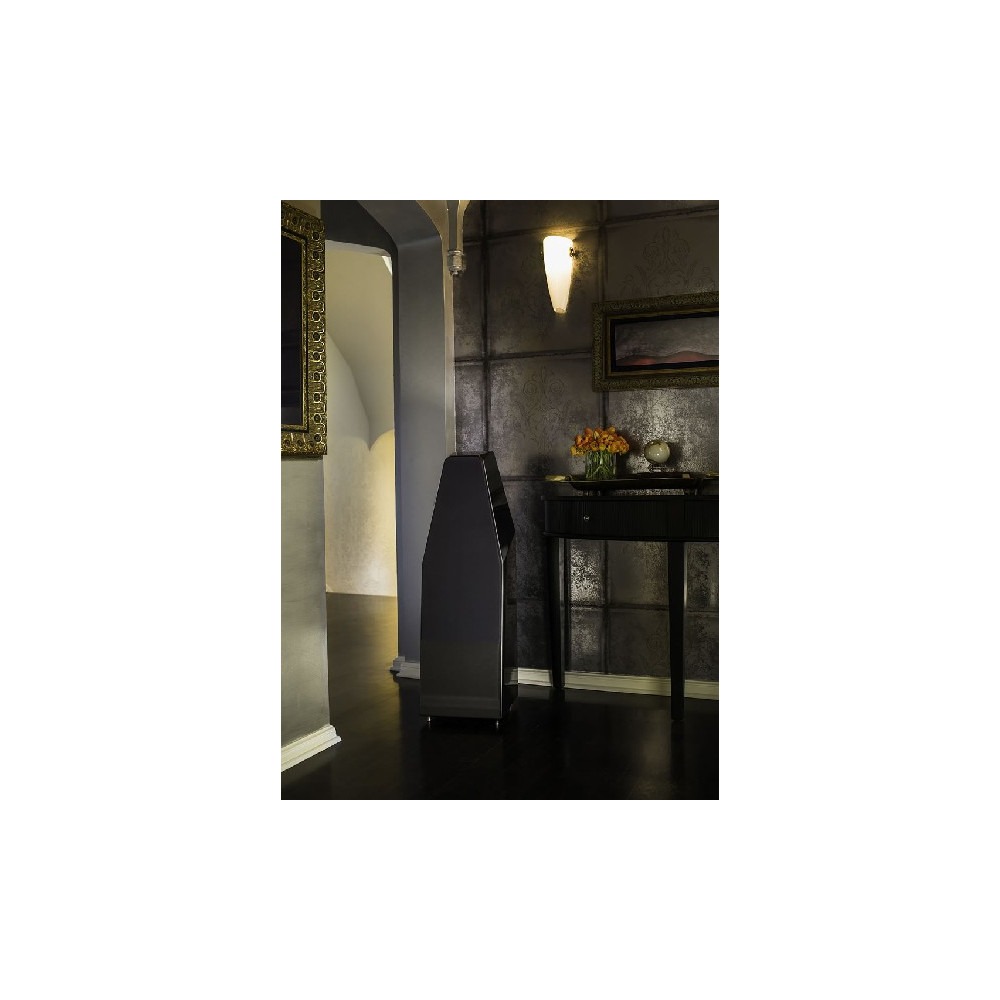 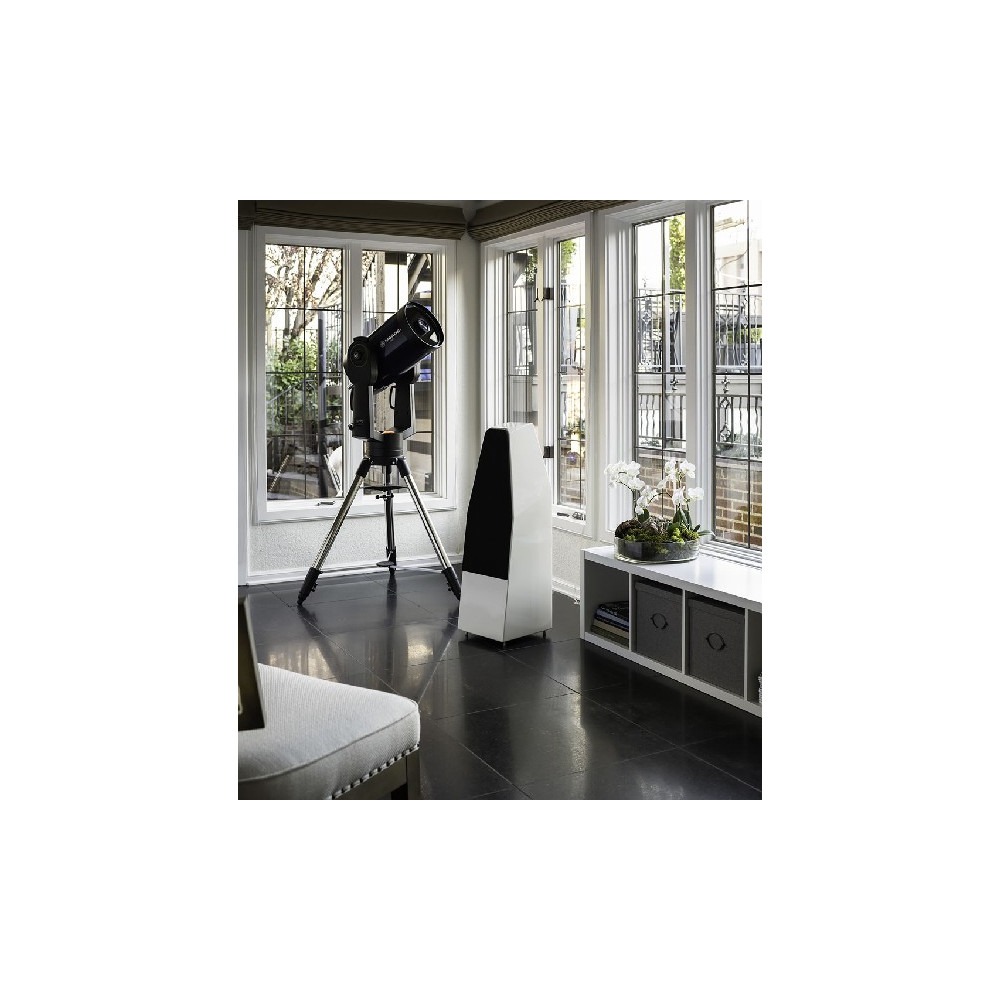 When it comes to a loudspeaker’s architectural design, Wilson’s philosophy is driven by the notion that a loudspeaker’s form is inextricably tied to its function. The unique physical features which are required in order to reduce propagation errors and lower enclosure panel resonances have for decades now given Wilson loudspeakers their look. Arguably, there is a form of beauty singular to the congruent interplay of technical and aesthetic ideals. Sabrina’s cabinet is hand-assembled, glued with proprietary adhesives, hand-sanded, gel coated, painted with multiple layers of automotive-grade paint, inspected, then polished and buffed to the same exacting standard as every other Wilson loudspeaker. The front baffle and bottom panels are built from Wilson proprietary composite, X-Material.

When the drivers in a loudspeaker array are aligned so that the leading edge of transients from each driver arrives at the listener’s ear at the same time, the result is a profound improvement in dynamics, harmonic detail, transparency—and in other important areas of sonic performance.

Put simply, all the things that characterize what the brain interprets as “real” in music reproduction. The adjustable driver modules in Wilson’s larger loudspeakers exist to provide unprecedented control over time-alignment in a large variety of listening environments. But in a single cabinet speaker such as Sabrina, the concept is still valid. Sabrina’s driver array has been time optimized for the typical listening room (hence the sloping front baffle of the loudspeaker).

Every Sabrina crossover is a solitary work of art, each built individually to match the reference crossover. Wilson mandates tolerances that are as stringent as plus-or-minus point-two percent (two-tenths of a percent)—much more exacting than what even the best individual components can achieve. While other high-end manufacturers accept this lack of precision as au fait, and crank out tin-soldier crossovers, Wilson believes that the owner of any of its products should hear precisely what Dave and the engineers heard when they signed off on the final prototype.

When designing the Sabrina crossover, proprietary measures were taken to reduce distortion along with its deleterious audible effects. Bass performance and dynamic contrast that met or exceeded Wilson’s standards was a primary design goal—made challenging by Sabrina’s a relatively compact enclosure volume. Continuous refinements in crossover topologies and specific component choices were made in large part with this in mind. The engineers at Wilson Audio employ proprietary modeling software, developed largely in-house, which considers and helps identify time-domain variables within the crossover other designers simply ignore. Subsequent listening and meticulous crossover component refinements verifies empirically the veracity of any given design choice. The metric used to gauge success is measured not solely by technical analysis, but through the methodical comparison to live, unamplified music.

Lowering noise and distortion in the Sabrina allowed the design team to hear “deeper” into the loudspeaker. Problems and unwanted sonic artifacts that would otherwise be obscured are clearly audible and, in turn, more easily addressed and removed. Reducing time-domain distortion with it decreases deleterious grain structure and improves settling time—a salient strength of Sabrina. Sabrina’s remarkable bass performance, a canny combination of speed and authority, were some of the dividends paid by the engineer’s innovative work on the low-pass portion of Sabrina’s crossover. Midrange transient speed, tonal beauty, transparency, spatial resolution, bass alacrity, and dynamic expression—and, most importantly, a consummate verisimilitude to the live musical event, all traditional strengths of Wilson loudspeakers, are present in full measure in Sabrina.

Much has been written and said about Wilson’s proprietary Convergent Synergy Tweeter. Its original design goal was to provide an ideal balance between the upper frequency smoothness of some of the so-called “exotic material” designs, and the lower frequency reach and power handling capability to mate seamlessly with Wilson’s large midrange drivers. In many circles of the industry, it remains the ne plus ultra of high frequency reproduction. Convergent Synergy is a product of Wilson’s ongoing innovation, and provides the basis, in simplified form, for Sabrina’s tweeter. In Sabrina, an agile and dynamic 5.75″ midrange driver is used. Its midrange beauty and dynamic alacrity extends into the lower treble (it is linear to beyond 3.5kHz). To capitalize on this driver’s seamless musicality in this area of the bandwidth, the tweeter is crossed over at a higher frequency than in other Wilson designs. The higher crossover results in an even higher power handling capability for this rugged yet musically expressive tweeter.

Sabrina’s eight-inch woofer was first used in the Alexia, and was modified for its use in this smaller, single-driver enclosure. These drivers represent “trickle-down” technology at its best, and represent the commitment to making Sabrina a speaker entirely worthy of the Wilson Audio name. 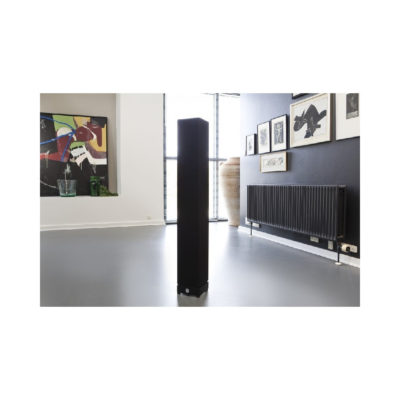 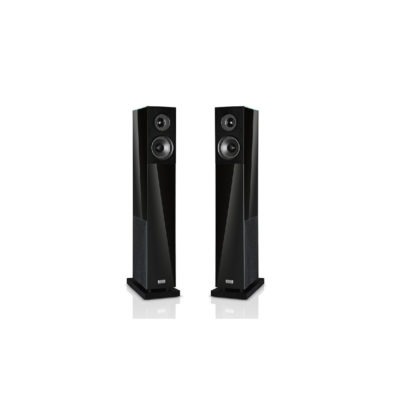 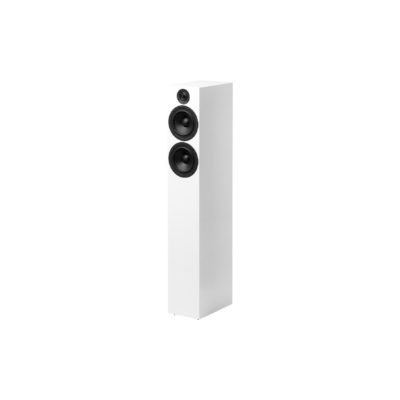 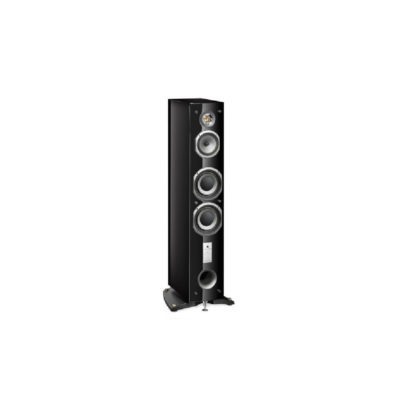 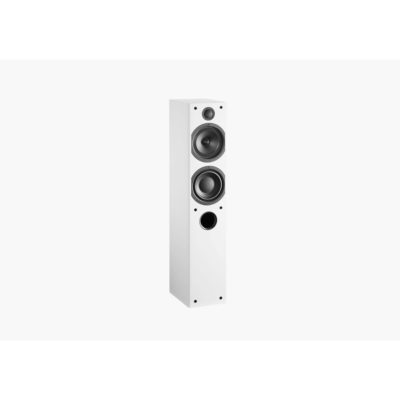 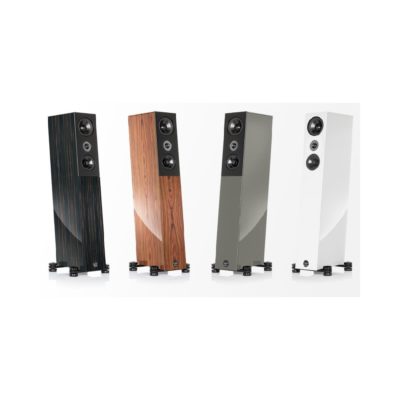 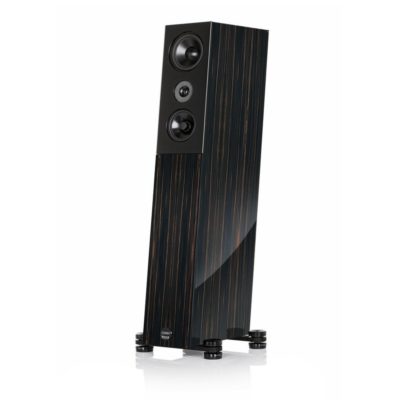 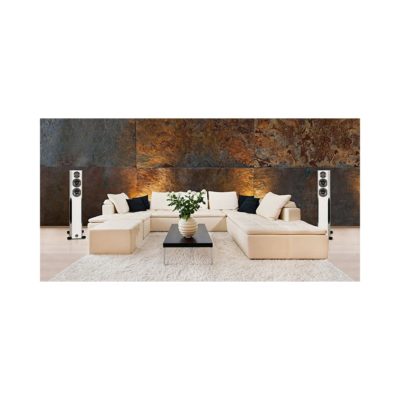 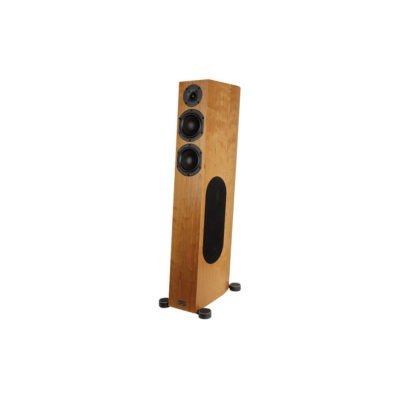 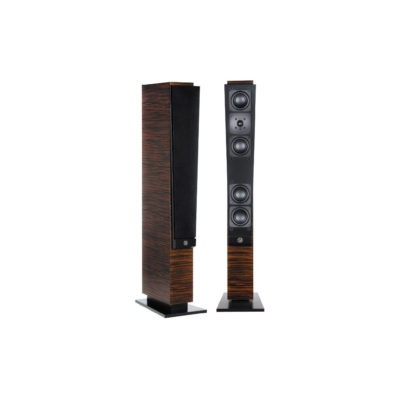 You can add any HTML here (admin -> Theme Options -> E-Commerce -> Promo Popup). We suggest you create a static block and put it here using shortcode